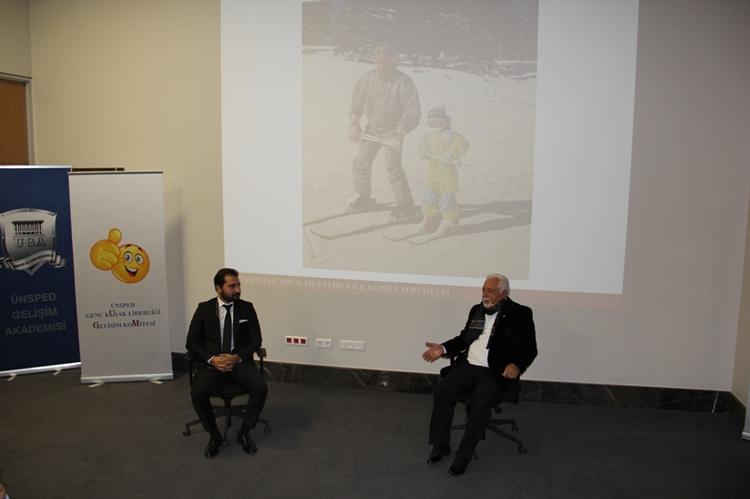 In the seminar, while Dear Bahattin TOPAL as a Veteran Generation said to Y generation youth that the key to success is to work with determination and without losing heart in all kinds of difficult situations by giving examples from his own life story, memories, Dear Berkcan ÖNEM talked about the necessity of choosing one's role models carefully and the fact that having sports among the hobbies of people for their self-development will give them self-confidence and happiness. Dear Bahattin TOPAL and Dear Berkcan ÖNEM who highlighted that, aside from increasing the communication and interaction between people and provide moral support, it can also provide material revenue stated that sports should be in everybody's life. At the end of the seminar, our Chairman of the Board of Directors Dear Gürbüz HOCAOĞLU and Young Generation Leadership Development Committee President Dear Sema AKAN presented their plaques to Dear Bahattin TOPAL and Berkcan ÖNEM together and expressed their gratitude.