In recent years, the origin of goods, which have been mentioned a lot in the world of foreign trade, is growing in importance as a result of the entry into force of new additional customs duties and additional financial burdens and because countries follow stricter trade policy measures. Origin determines the origin of an item, in other words, the economic nationality of the item. The provisions of origin are taken into consideration in the trade policy measures to be applied to the goods and in preferential tariff applications. 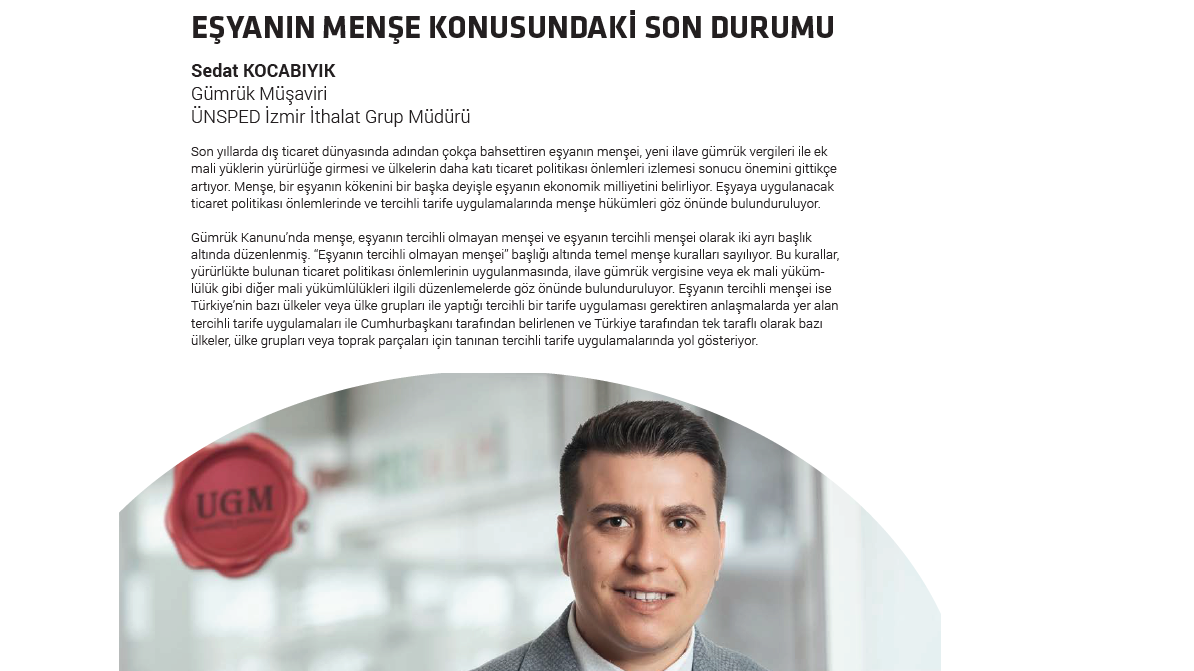