We Evaluated the Year 2015 with the “We Share” Motto 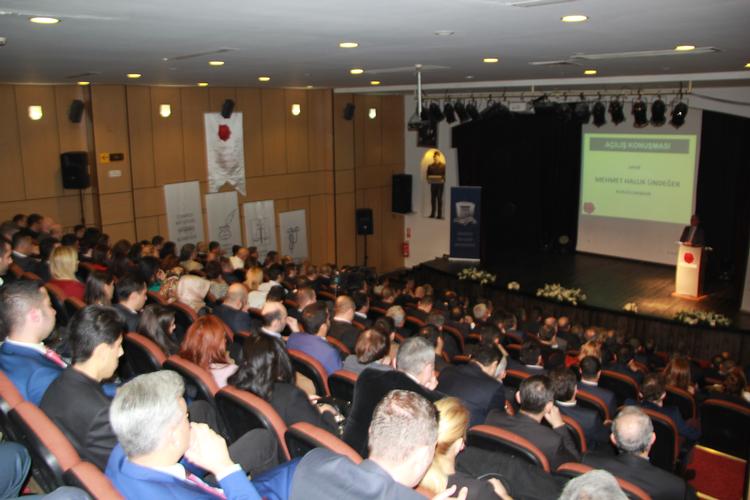 The 34th Year-End Evaluation Meeting was executed in the Conference Hall of UPS Sports School and Culture Club which we sponsor on 19 December 2015 Saturday between 9:00 – 16:00 with the participation of approximately250 of our employees. The department data of 2015 for Import, Export, Information Technologies, Budget and Financial Control, Sales and Human Resources were shared in percentages with “We Share” motto and the new wax seal logo was introduced. Aside from evaluating the past year in the organization, the plaques named “Awareness” were awarded to people, units and committees that made positive contributions to our company. In organization that began with breakfast and continued after lunch, the managers answered the questions about managerial and financial goals. The meeting that ended with the closing speech of the CEO Dr. HakanÇınar after the panel continued with the cocktail that was organized in the Headquarters. The participants left the organization, in which there was a broad participation also form the offices outside of Istanbul, after receiving information and managerial goals of 2015. The participants who were happy to be together with the “We Share” motto gave their thanks to people who contributed to the organization.