We Carried Our Our 35th Traditional End of The Year Evaluation Meeting with We are Measuring, Planning, Sharing Theme 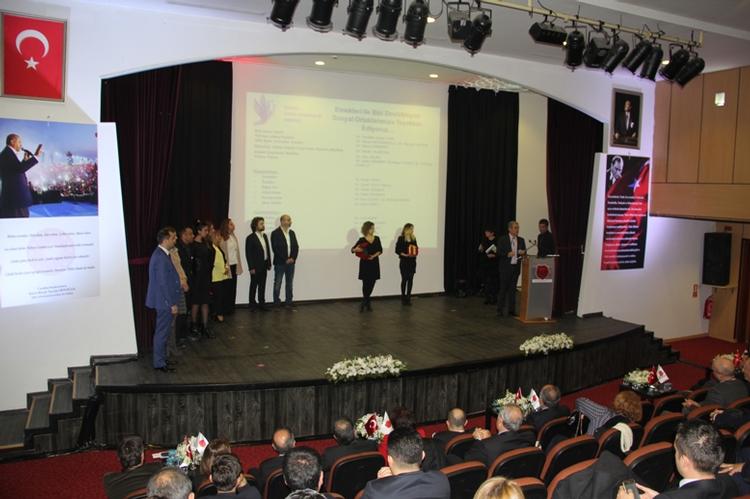 Our 35th Traditional End of The Year Evaluation Meeting took place as a feedback meeting on 17 December 2016 in the Conference Hall of UPS Sports and Culture Club of which we are the founder and sponsor, with the participation of our managers, employees, business partners, suppliers, advisors as well  as guests from politics and academy world.

The theme of the meeting which took place between the hours of 09.00-17.00 was "We are Measuring, Planning, Sharing".

Aside from the topics of what we have done in 2016 and what will we do in 2017 which were discussed, the activities, measuring studies, activities about the employee happiness and social responsibility which were conducted within the body of Ünsped Gümrük Müşavirliği were discussed and the leadership and development committees presented their 2016 activities.

At the end of the meeting, the interactive part was performed with the moderation of Technical Regulations Department Coordinator Dear SabriHüsrev. Our employees asked the questions that they were wondering to the Chairmen and Members of the Board of Directors and Executive Board and Human Resources Department Manager and they received answers. Also, in the Success Awards part which took place at the end of the interactive part, Defense and Aviation Coordinator Dear HayriEsen, Importation Customer Representative Dear NurtaçKonuk, Exportation Customer Representative Dear SevdaÖzkılavuz and Business Follow-Up Personnel Murat İz have received awards due to their contributions to our company and success.

The meeting has ended with those who contributed to the organization being called up to the stage and Founder President HalukÜndeğer and Shareholder Dear Yusuf Bulut presenting their gratitudes.

One of the most important guest of the meeting in which SahaKurumsalDerecelendirme company Chairman of the Board of Directors Dear SühanSeçkin, Mediterranean Exporters' Association President Coordinator Dear Adnan Ulubaş, Ex-Rector of Kültür University Dear Sıddıka Semahat Demir and Doğuş Otomotiv Import Manager Dear Cana Deringör took the floor respectively was Ex- European Union Minister Dear Egemen Bağış. Dear Egemen Bağış highlighted that our country should always be in unity and solidarity and reflected upon his sadness due to the terrorist attacks. At the end of the meeting, the introduction of the Headquarters was made for the participants who wished to receive information about the Headquarters and had a souvenir photo taken.