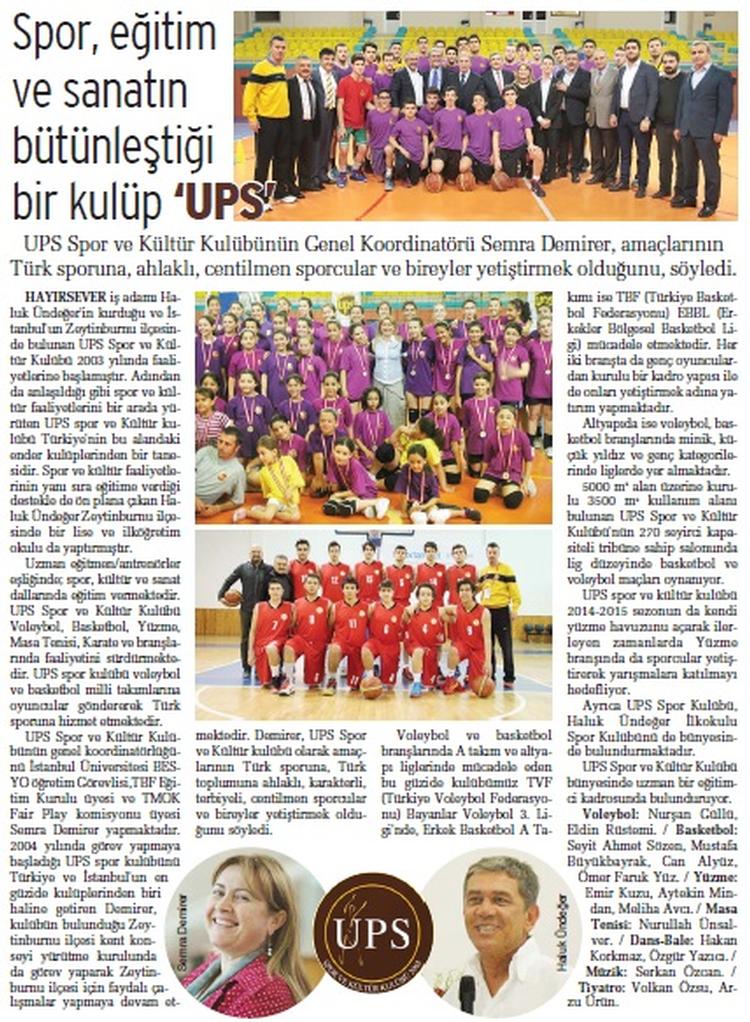 On the news on 2. Page of Spor Meydanı Journal on March edition, Semra Demirer, who is the Coordinator of UPS Sports and Culture Club, which is a club where sports, education and Art become integrated, said that their objective is to raise ethic and gentleman sportsmen and individuals for Turkish Sports.

UPS Sports and Culture Club located in Zeytinburnu district of Istanbul whose founding president is dear Haluk Ündeğer have become operational in 2003. As it is understood from its name, UPS Sports and Culture Club is one of the rare clubs in its field. Dear Haluk Ündeğer outstanding with his support to education besides sports and cultural activities, has also one primary school and one high school made in Zeytinburnu district. They give sports, cultural and art educations accompanied with expert educators/trainers.

This favorite club striving in A team and infrastructure leagues in volleyball and basketball branches, engaging in 3. League of Women Volleyball in TV (Turkey Volleyball Federation), and Men Basketball A Team is engaging in TBF (Turkey Basketball Federation) EBBL (Men Regional Basketball League). In both branches, it has been making investments in order to raise them with a team of young players. In frastructure, it exists in leagues of small, small star and young categories in volleyball and basketball. In sports hall of UPS Sports and Culture Club having a tribune with 270 spectator capacity, where is located on and area of 5.000 m² including 3.500 m² indoor usage area, volleyball and basketball matches have been playing on league level.