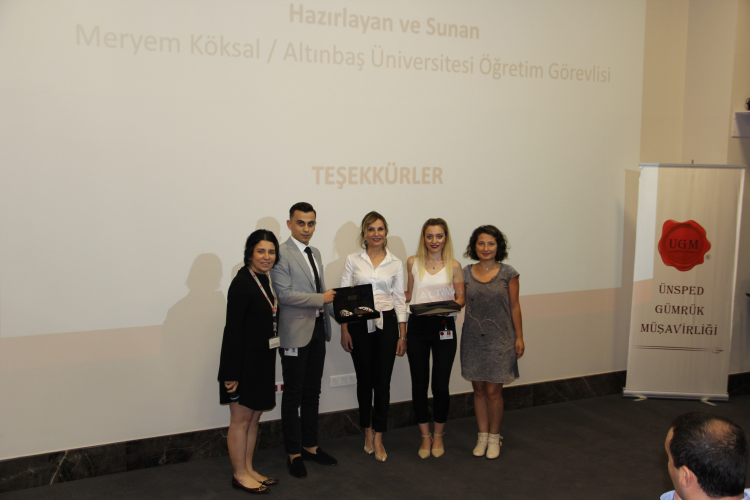 Conference Hall withLecturer Meryem KOKSAL from Altinbas University on the theme "The MostImportant Carrier ofCultures and Generations is the Language".

Köksal started her speechby making the definition of Language, Culture and Generation, told us that weneed to give importance to our language by emphasizing how the X, Y and Zgenerations can survive the cultural change and technological developmenttogether with the existence of the history.

Koksal said that languageis the carrier of culture also a culture transmitter saying 'Turkish First" slogan should be placed on the heads and hearts. Then she emphasizedthat we need to raise awareness about individual and societal sensitivity,language emotion and mother language consciousness formation. It has also beenemphasized that Emoji should be used in private personal accounts, but verbaland written communication in accordance with Turkish grammar rules should beused in business correspondence.