Our Seminar Themed “Our Fathers, the Veterans of Our Country” has Actualized within the Scope of the Disclosure Meetings under Leadership of the Committee of Employee Communications and Happiness at the Workplace 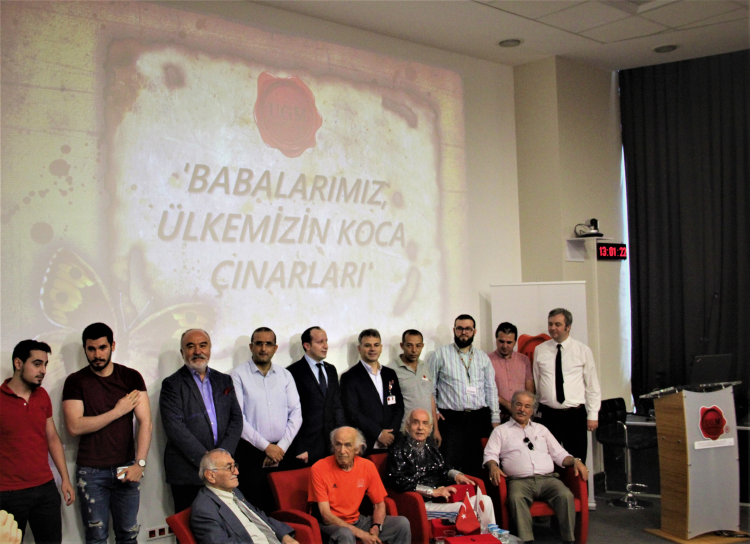 Mr. Mustafa Dağıstanlı, a National Wrestler, Businessman, Old Deputy and father of 7 children; Mr. Safder Kartoğlu, a 92-year old sportsman, the old boy of marathon, who run a marathon for 15 times in 17 countries in 5 continents wearing his uniform having a star and crescent on it and the respectable artist Mr. Yorgo Vapuridis have become the guests of our seminar themed “Our Fathers, the Veterans of our Country” for the Father’s Day within the scope of the Disclosure Meetings under Leadership of the Committee of Employee of Communications and Happiness at the Workplace on the date of 06.06.2018.

In the seminar, Mr. Mustafa Dağıstanlı, who has never been defeated in the world, having become the world champion for three times; whereas, that of Olympic for two times successively, being the wrestler of the world with the highest technics, a trainer, the owner of the order of merit, having served as a deputy for two terms, an owner of a bus company, at the age of 85, has mentioned his days from youth, his memories, his business life and his children with the examples that he gave from his sports life that is full of success; on the other hand, Mr. Safder Kartoğlu, conveying that he has dedicated his lifetime approximating to 1 century to sports and his old boy years to athletics, has mentioned his love that he had for Mrs. Cahide. And he has shared with us that he had organized and still carries on with the half marathon that he called “a Run for Love” in the memory and name of his love of life that he lost in 2004. Mr. Yorgo Vapuridis as a living legend, has mentioned his  music life and has conveyed to us the time when he started on music as well as his youth and to whom he had sung up to this day.

In our organization in which we have celebrated the day of our fathers as being from among highly important people in our life with all employees, while our shareholder Mr. Yusuf Bulut ÖZTÜRK has congratulated the fathers with newborn infants, the guests having participated in our seminar themed “Our Fathers, the Veterans of Our Country” have been presented plaques by the hand of our Committee of Employee Communications and Happiness at the Workplace” in regard to the meaning and importance of the day.