Turkey has increased its production in quantity today. But the price of the products we produce fell to $ 1.04 per kilogram. So if we don't work out our mental sweat any more, our work will be difficult.

Geopolitical superiority is no longer as effective as it used to be. Because transport networks have improved so much. With fast shipping and e-commerce, the rules of the game are being rewritten.

Europe has invested in technology to regain manufacturing supremacy. With Industry 4.0, it started to produce 24/7, replaced humans with robots. In dark factories, production is carried out with zero errors. Production costs also fell. Europe invested in human integrated its education into this system. An industrial structure that people think and designed but produced by machines, is beginning to become widespread.

China has made the distance close. China is investing heavily in the African continent. It began moving its production to the African continent. With Agriculture 4.0, there is hope for Africans struggling with hunger. From here, it will be easier to reach Europe. It also established logistics centers at strategic points in Europe.

It is determined to implement a one-generation road project between Beijing and London despite the pandemic. It buys strategic ports, especially the port of Piraeus. It built its warehouses. It aims to transport its products to Europe by high-speed train and ship transport in 12 days.

China, like Europe, is investing heavily in technology. In this way, it not only produces the cheapest products in the world, but also signs its signature on the best quality products. 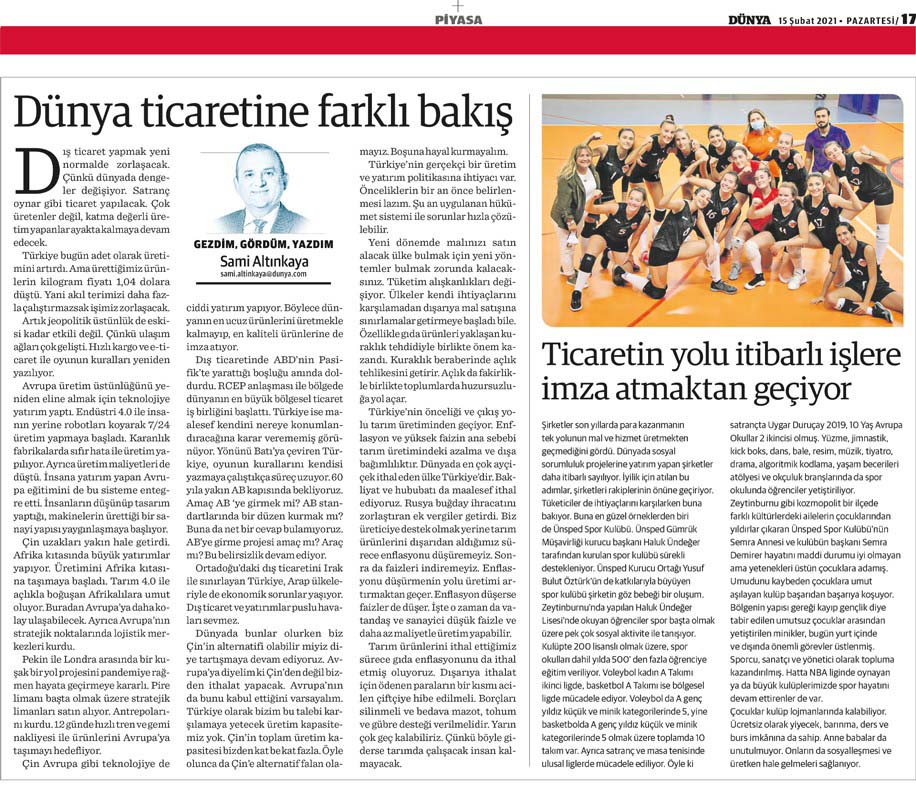