Mr. Sami ALTINKAYA, UGM Director of Corporate Communications, has talked about Trade Wars and the Risks and Opportunities of Turkey with Mr. Rıza Turagay Tuna, Deputy Minister of Commerce.

What should Turkey do in trade wars?

Trade wars affect not only world economies but also politics. Treaties between countries can suddenly be put aside. Those with a strong economy play an active role in trade wars. We talked about the great competition between the United States and China and its impacts to Turkey with Rıza Turagay, the Deputy Minister of Commerce.

“USA-Chine trade wars have made great impression in 2019”

Stating that, in a period where trade and competition are such tough, Turkey would turn this into an opportunity, "When I reviewed the first phase; time is actually an issue on America's agenda since 2018. It has already imposed additional taxes on its imports from China, which is over $300 billion. China imposed an additional tax on imports from America after this. America was putting pressure on China especially in exchange and import. The first phase is an important phase. China has pledged to receive $100 billion of goods and services in the next 2 years. Agricultural products are also included in the first agreement between the USA and China. There are also products that are important to America and have competitive power in terms of their own. The energy sector of the USA has developed itself, especially the rocks” Turagay said.

“As we understand from President Trump's comments, it seems like the second phase will be in question”

Reminding that it is seen that US President Trump will visit China in the near future, and that the protectionist policies in the trade have revealed not only psychological but also actional problems in the development of world trade, “When we look at the last years of 2010-2019, 2010-2018 the average annual increase in world trade is around 4.2. With the figures of the World Trade Organization (WTO) last year, the rate of increase in world trade in 2019 decreased to 1.2%. This is a very important and negative drop. One of the main reasons behind this is the protectionist measures that started with the American-Chinese trade war" Turagay said. 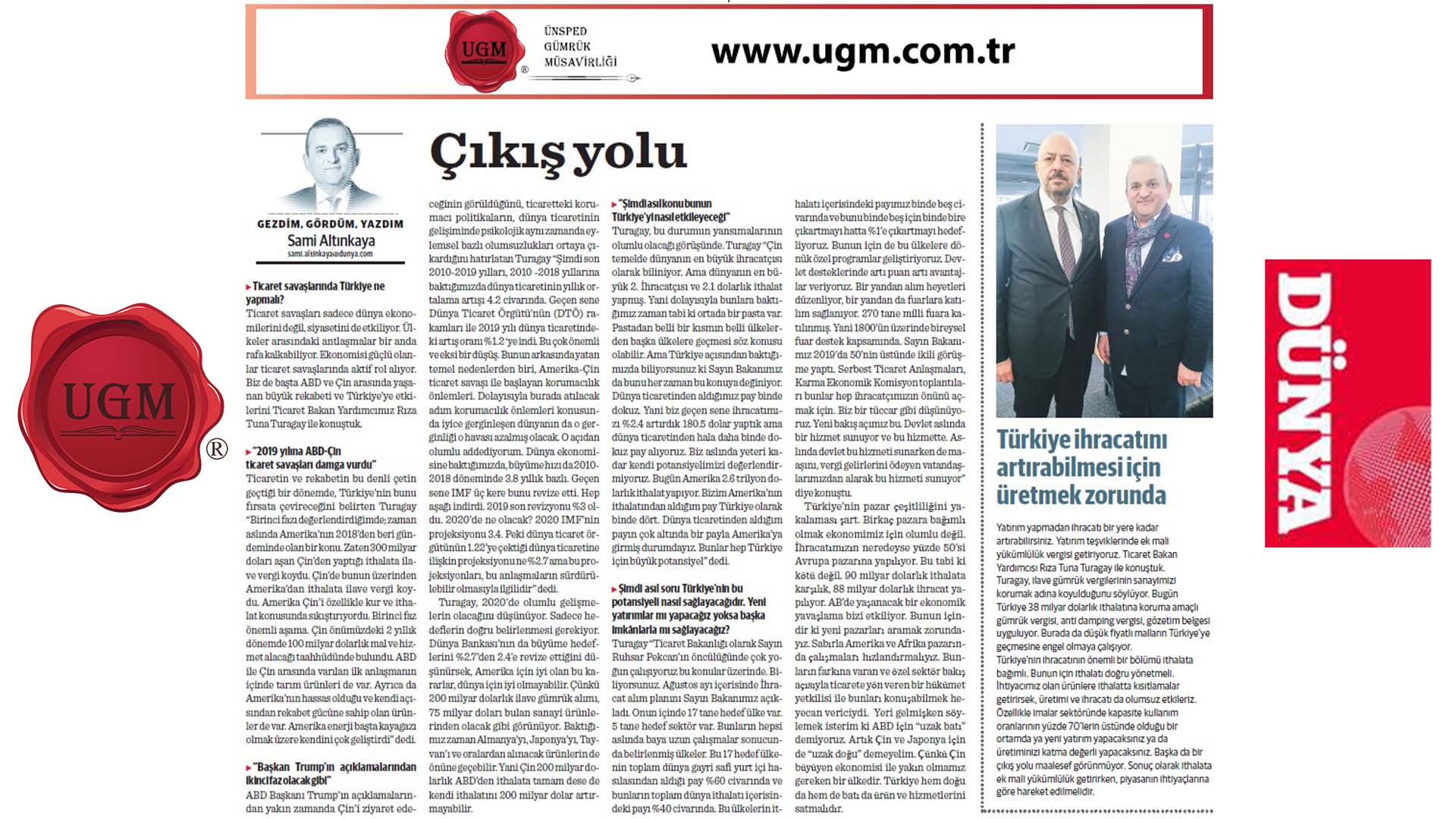