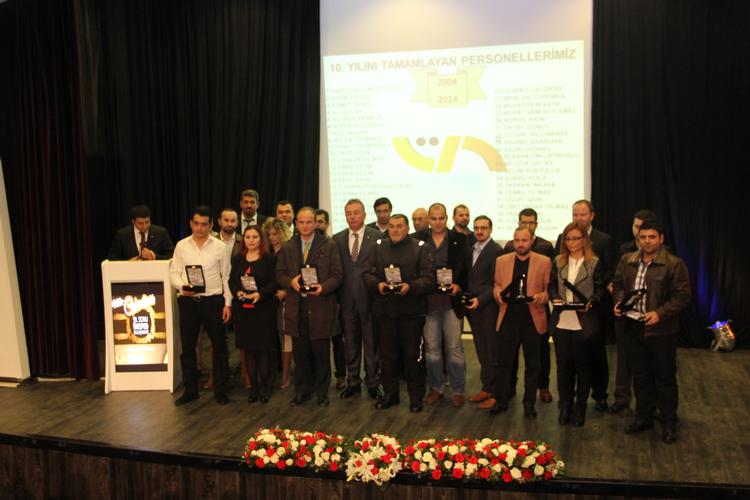 On 20th December 2014, Saturday, first phase of our “11th Traditional Year-End Meeting” was held in UPS Sports School and Culture Club between 9am and 3pm; second phase was organized in our Head Office at 3pm-6pm. After the speech of our Founding President Mr. Mehmet HalukÜndeğer, and message of our shareholder Mr. Yusuf BulutÖztürk, our employees who deserve to get 5, 10, 15, 20 and 25 year in job plates received them in the presentation ceremony. Then, a question-answer panel was made under the chairmanship our Founding President Mr. HalukÜndeğer to evaluate the year-2014 and to share the aims in 2015. In this organization, 15 personnel and our committee received awareness awards, and after 15:00 a cocktail was organized for our Branch Managers coming outside of Istanbul in our Head Office and after that cocktail, our Head Office was presented to the participants and this special day was ended after the guests were sent off.