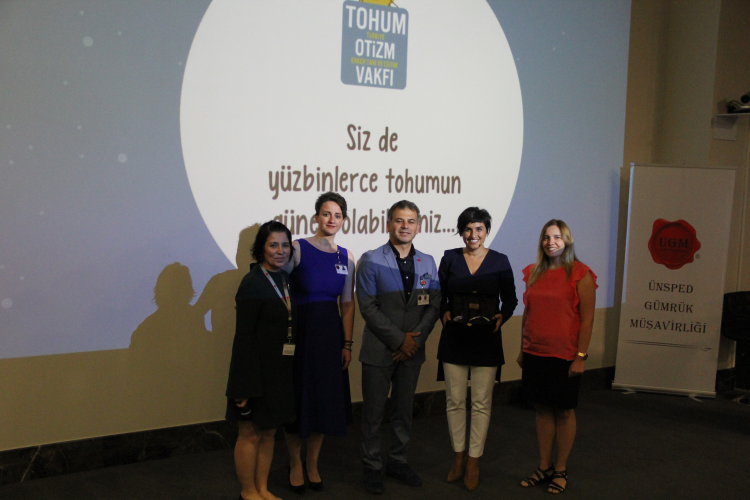 On 26thof July 2017 Wednesday, under the guidance of Ünsped Woman Leadership DevelopmentCommittee and in the scope of Enlightenment Meetings, in ÜGM, MHÜ Conference Salon; Tohum TurkeyAutism Early Diagnosis and Education Foundation General Manager Dear BetülSelcen Özer showed participation as the speaker in the seminar having thesubject of ‘‘Step by Step Success’’. Ms. Özer was graduated from Middle EastTechnical University Sociology Department and she has completed her PostGraduate Education on Economic and Social Demography in Hacettepe University.In the seminar, she indicated that she has started her non-governmentalorganization works in the years of 2000s and also mentioned her voyages andduties starting from Willows International and in Turmepa Sea/CleanAssociation, Community Volunteers Foundation and her recently continuing TohumTurkey Autism Foundation.

Ms. Özerexplained why she preferred Turkey Autism Foundation and she also gave briefinformation in the subject of foundation and autism. She also gave theinformation that Foundation's founder and board of trustees' members had womanmajority and at the same time, 83% of employees were women. Ms. Senceremphasized that our women must be strengthened so that earth can be a place tohave better living and at the same time we must take them into decisionmechanisms, social life and business life; more competent woman means more fairand more developed community, women must not get stuck between having child anddoing career and they believe that there is the requirement to be able to doboth, there is also the need for us to determine our future by understandingthe balances of our changing world and they think that they see it an area tobe developed when compared with the samples of the world by searching the womanentrepreneurship in Turkey and she underlined that there is the need to acceptthe support of women entrepreneurs as a part of our institutionalresponsibility beyond a commercial activity.

Ms. BetülSencer completed her talks with the wish of having increase of our women'sexistences in every area and her plaques were presented by the Members of WomanLeadership Development Committee and the meeting was ended by taking the familyphotograph.