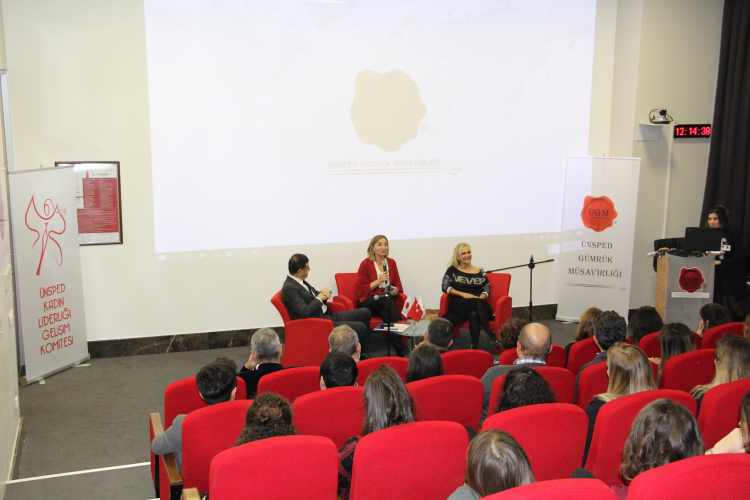 On 05.12.2018, under the leadership of our Women Leadership Development Committee, within the scope of Enlightenment Meetings, we hosted ASO Company Founding Partner Ms. Aylin Satun Olsun, Chair of Advertisers Association Mr. Ahmet Pura and Vocal Artist Ms. Zeliha Sunal in order to discuss the "Gender Equality Perception in Advertisement and Prejudges" theme.

In the seminar, the subjects of advertisement being the most powerful source for changing perceptions and transforming gender inequality, how to represent all characters in advertisements without making gender discrimination, the gender roles that were represented in advertisement from past to present, representations of manhood and womanhood, gender inequality in main character distribution and the fact that it is more distinguishable in certain product categories were talked about and statistics were given.

Our seminar in which recommendations for bringing the gender roles represented in advertisements in Turkey to a more equalitarian and pluralist point were given ended with conversation of Ms. Zeliha Sunal about the stage roles of women and performing arts, the presentation method of this and their perceptions.