Esteemed Dr. Nermin Yavlal was our guest with her Presentations Titled “Importance of Women and Family in the Values Education “Within the Scope of Illumination Meetings 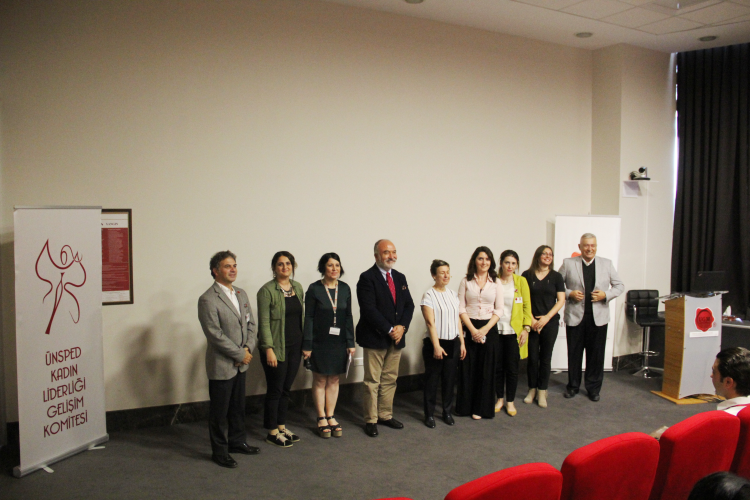 Esteemed Yavlal starting her presentation with the question that What is Value?, saying that “Value” is a ‘good’ thing in living Turkish, although it is shared as a general opinion that it should be  found in human being and is required especially to be transferred and to be taught to the children, young people, it is not possible to talk about a compromise on what ‘value’ is, she has addressed that “tolerance”, right and justice”, “love and respect”,“honesty”,“freedom and responsibility”, “courage”, “generosity” have deemed to be basic principles.

Esteemed Yavlav underlines that these can been countered wherever there is a sociality,that people in all societies have sought honesty in their relationships in all periods of the history, that they have expected from people to be honest they are in contact with, that they have sought these even when they are not honest,that the person we are in contact is not honest, we do not feel safe; we do not want to do it anymore whatever we are doing together. Could it be a society in which those who like the behaviors of dishonorable of the other person; who love or respect for not being honest;who wish to continue to the relation with him/her,live? Likewise, those who are not generous, who are not brave, who are not aware of their responsibilities, who are unjust, who are not willing to take initiative in the face of events cannot be individuals “to be praised”, if it is called with Aristotle’s language. So we are looking for “these” in ourselves and around us and we still expect to see them in our relationships.

Esteemed Nermin Yavlav saying “all people will pay regard values in their acts” starting from thesis “Values constitutes the spine of the personal and social life, she may also reach the conclusion that “each subject born in the sociality has an invaluable world of values based on this thesis. The influence of the value world in the formation of the moral back bone in the process of socialization of the person cannot be denied. Personality is synonymous with linguistic and moral development, and it can be said that it is the sum of them. It can be argued that children in the age of play in this era or pre-adolescence have the value worlds for this reason. Esteemed Nermin Yavlav continued his speech saying that although they cannot define human behaviors in conceptual sense, it can be said that they make evaluations based on values, human need to understand life and itself ever since the human beings have been human beings. As a result of there of, thoughts come to exist. Today’side as influence the future (the future of man and society). She went on to say that it could be claimed the future to be formed with  ideas and life’s dialectic.