Employee Communication and Workplace Happiness Committee Attention to the "Establishing the Foundation of Healthy Communication, Love, Respect and Sincerity" 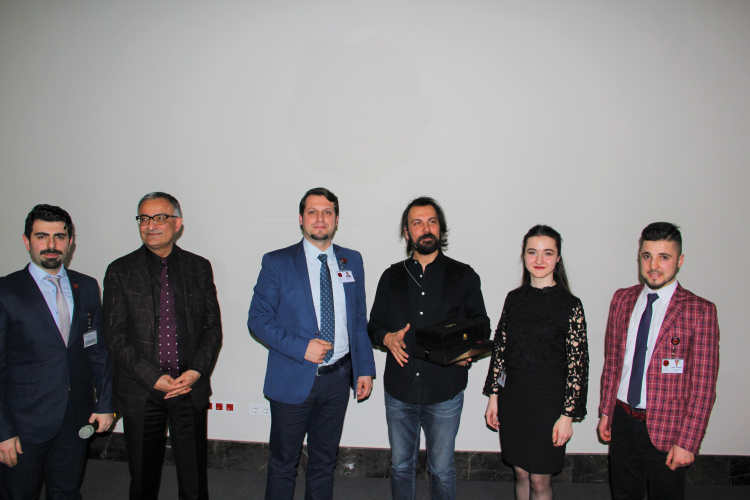 Within the scope of the Lighting Meetings under the leadership of the Employee Communication and Workplace Happiness Committee On Wednesday, 21.02.2018, between 12: 00-13: 00 The UGM will be working on the subject of "Building the Foundation of Love, Respect and Sincerity" at the MHÜ Conference Hall we have hosted Ömer ÖZTÜRK, the producer and the host of the TV program "Tea Bagel and Chat in Ferry", Ömer Media and Paradiso Film Producer.

Mr. ÖZTÜRK stated that the process of communication of human beings is based on love, stating that human character formation starts with the first family and is completed with the process of realizing ourselves. Mr. Ömer ÖZTÜRK, who expresses sincerity is everything in human life, they have to take the initiative and be self-sacrificing so that people can be sincere in the working environment and reflect it.

Saying that our love and respect are the basis of communication, Mr. ÖZTÜRK, fear of making mistakes can sometimes prevent our sincerity and we should not be afraid of making mistakes, but that the repetition of mistakes made without taking lessons in the same subject is a problem.

Mr. ÖZTÜRK, said when you find a direction that people will love, when you care about it and when you feel you care, we should remind ourselves that we should not only be business-oriented, but also remember love, respect and sincerity when it comes to communicating that the competitive environment in business life is inevitable and that people are reluctantly moved away from the feelings of love, respect and sincerity.

Mr. ÖZTÜRK who conveyed that love, respect and sincerity are not separate concepts, as well as in our private life, we should emphasize that we must put forward those magic concepts in business life.

Our seminar ended with a plaque of memorial to our spokesperson of the Communication of Employee and Workplace Happiness Committee after collective photo shoot.