You can't hear it in any other country in the world. I've heard such things that “Sister-in-law investment” is just one of them.

Last week, I wrote about the wrong choice of location in industrial investment. When Cahit Sosyal master, who served in the upper levels of the state for many years recalled “Sister-in-law investment” I also wanted to share it with you.

After the 1980s, when the government aimed to liberalize only in the economy, a few years later we started limping like a one-legged duck. As our economy has grown, it has become harder to stand on one foot. Such strange concepts came into our lives when we tried to liberalize the economy without realizing political liberalism. Moving from a period when the word is a promissory note to a structure where the promissory note meant execution proceeding. An economic structure in which bribery became legitimate by saying “My officer knows what to do” from a time when even offering bribe was a crime is the main cause of today's crises. We've been paying the bill for unplanned and unscheduled growth for years.

The free market is possible only with free thought

If you try to liberate the economy without freeing the heads, you will swing very violently in crises. You must look for the glory of not being destroyed, not in Allah, but in the strength of your foundations laid in 1923.

While the economic investments and factories on which the Republic laid the foundations were sold to foreign capital one by one in the name of liberalization, what is the point of the German government, under Chancellor Merkel to ban sale of industrial plants to the Chinese? Germany is naive or we are smart. Or does Germany not have a liberal economy, a free market economy? Is there a communist system in Germany? How confused are they?

Therefore, concepts such as “Sister-in-law investment” that you will find difficult to understand when you hear them for the first time continue to increase in Turkey.

The year is 2001. Cahit Soysal, General Director of Customs at that time, State Minister Mehmet Keçeciler organized regional visits in Karaman province. They visit a sunflower factory with chairman of the Karaman Chamber of Commerce and industry. Then there's a second sunflower factory. “This is “Sister-in-law investment” the chairman says. The committee doesn't understand anything. Then they visit a pasta factory. The committee likes the investment very much. When the chairman again says, “this is Sister-in-law investment,” Mehmet Keçeciler can't stand and asks, “What does Sister-in-law investment mean?” Chairman says “Mr. Minister, two brothers join hands and build a factory. Big brother becomes chairman of the board in accordance with tradition. When things go well and start making money, the older sister-in-law praises herself saying my husband is a fabricator. And the younger sister-in-law resents and nags at her husband. Your brother praises himself as a fabricator. You're supposed to be a partner, but you are even not mentioned. You'll build a pasta factory right away. After a while, the younger brother, who came to his wife's manipulation, also builds a new pasta factory. And further he proceeds. Naturally, he steals some of their former clients, whom he knows from Russia, Georgia, from his brother.” 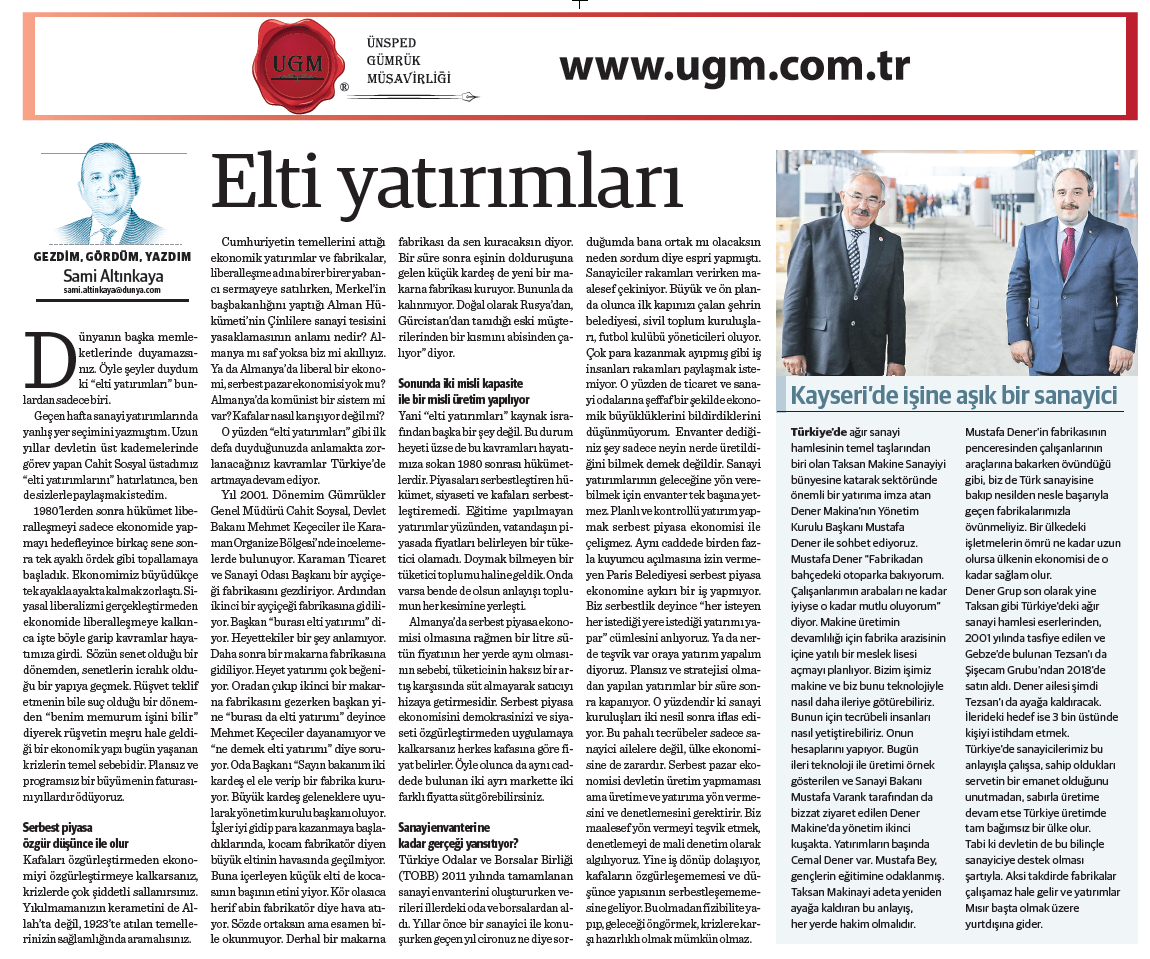