2nd Highways, Bridges and Tunnels Specialized Fair was realized between the dates of 24-26 May 2017 in ATO International Congress and Exhibition Palace 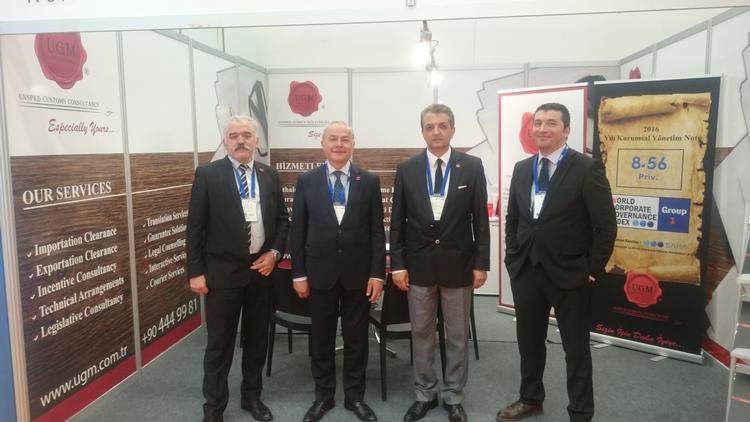 State highway attempt commenced inorder to make every span of Turkey reachable has carried our country, to frontrows in the world's transportation sector by implementing the mega projects requiringadvanced technology and resource and followed by the world today with attention.

In the result of the close follow upof the changes and developments taking place in the world and with theexperiences obtained from the applications, the point has been reached to beable to the constructions of the mega projects awaited by the world impatientlysuch as ''3-Storey Great Istanbul Tunnel'', ''Çanakkale 1915 Bridge'' by thecourtesy of improving technology and with the methods protecting theenvironment with care and also according to the measures taken with modernsafety systems.

With Roads Turk National Committee(RTNC) having one of its most important purposes as monitoring scientific andtechnologic developments closely and supporting the same, evaluating andspreading it technical accumulation has gathered national and internationalproject implementers )project designer, contractor, advisor) with the producers,manufacturers and suppliers of the new machines, materials, equipment,installations  who are the otherstakeholders of the sector and made them become acquainted and realized the 2ndHighways, Bridges and Tunnels Specialized Fair was realized between the datesof 24-26 May 2017 in ATO International Congress and Exhibition Palace (CongresiumAnkara) by the courtesy of this in order to become the intermediate of theinformation sharing related to the projects which have been awarded by manyauthorities  and in trust of the Ministryof Transportation Marine and Communication and with the technical support of General Directorate of Highways. OurCompany also took its place in the 2nd Highways, Bridges and TunnelsSpecialized Fair Roads Turk National Committee became the participant in therelated Fair in order to make use of this opportunity presented to it togetherwith all national and international project, advisor and contractor companiestaking place within the highways sector as well as specialist engineers workingin the public institutions and establishments, academicians from theuniversities and producers, manufacturers and suppliers providing machines,materials, equipment.